Serial Con Artist Sentenced to More Than 9 Years in Federal Prison for $6.7 Million Swindle of Investors, Family and Friends

LOS ANGELES – A West Hollywood man has been sentenced to 110 months in federal prison for defrauding investors, lenders, friends and family members out of approximately $6.7 million, including via a series of scams he ran while out on bond after pleading guilty in a prior federal case.

Jeffrey Craig Yohai, 37, was sentenced late Friday by United States District Judge André Birotte Jr., who, when describing Yohai, said, “This is an individual who has an evil mind.” Judge Birotte also ordered Yohai to pay $6.7 million in restitution to his victims.

The first case, which resulted in a guilty plea in February 2018, involved more than $6 million in real estate loans and investments that supposedly would be used to purchase and rehabilitate properties in the Hollywood Hills and New York City. Yohai defaulted on the loans and the properties went into foreclosure – which Yohai tried to delay with bankruptcy filings.

While free on bond and awaiting sentencing in the first federal case, Yohai committed additional crimes. The second case, which resulted in a guilty plea in June 2019, involved a loan fraud scheme related to two of the properties at issue in the original federal case. Here, Yohai submitted a loan request that contained inflated appraisals. He also attempted to defraud another lender as he attempted to refinance the two properties, and Yohai contacted yet another lender with dramatically inflated appraisals to obtain refinancing – an effort that was rebuffed when that third lender learned of Yohai’s guilty plea earlier this year.

Also in the second case, Yohai defrauded the owner of a rental property and attempted to lull the owner by showing him a $60,000 check he falsely claimed had been remitted from his ex-wife’s account. There are additional fraudulent acts outlined in the complaint which, including a scam in which he sold non-existent artist passes to the music festival in Coachella.

“(Yohai)…chose…to prey on those who trusted him, including friends and even family, taking their savings so he could splash out on luxury housing, automobiles, and high-living,” the prosecution wrote in the government’s sentencing memorandum. “He did not restrict his marks to big businesses. He was just as likely to use his intelligence and charm to con families out of their life savings, or to steal from individuals whatever they would trust him with. Predictably, this resulted in emotional scars, financial devastation, changes in personality, and strains in partnerships and marriages.”

Yohai has been in federal custody since November 2018 one week after the Los Angeles Police Department arrested him on cases filed by local prosecutors.

These matters were investigated by the FBI and the Los Angeles Police Department’s Major Crimes Division Transnational Organized Crime Section.

The two cases against Yohai were prosecuted by Assistant United States Attorney Andrew G. Brown of the Major Frauds Section. 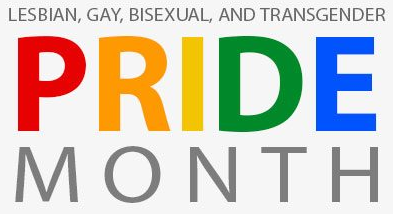