U.S. Attorneys » Eastern District of California » About the Office 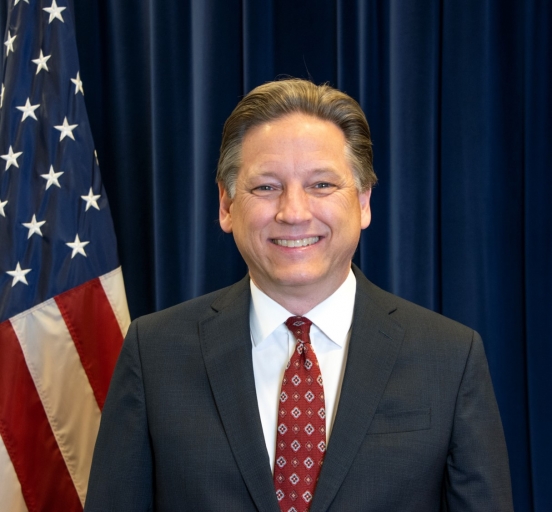 Phillip A. Talbert is the U.S. Attorney for the United States Attorney’s Office, Eastern District of California, which at full-strength is a 90-plus attorney law firm with offices in Sacramento, Fresno, and Bakersfield. Mr. Talbert served as the First Assistant U.S. Attorney and also as the interim U.S. Attorney from May 2016 to the end of 2017.

Mr. Talbert came to the office in 2002 and began in the Narcotics and Violent Crime Unit where he prosecuted drug trafficking cases, then served as the Chief of Appeals and Training where he supervised the office’s appellate practice and trained incoming Criminal Division Assistant U.S. Attorneys. Then he served as the First Assistant from 2011 through April 2016. Mr. Talbert also taught Professional Responsibility for four semesters as an adjunct professor at the U.C. Davis, King Hall School of Law.

Prior to joining the U.S. Attorney’s Office, Mr. Talbert worked as a Trial Attorney in the Criminal Division of the U.S. Department of Justice in Washington, D.C., where he prosecuted a variety of federal criminal cases; as an Associate at the law firm of Stoel Rives LLP in Seattle, Washington, in the firm’s Litigation Department and White Collar Defense Practice Group; and as an Assistant Counsel and Associate Counsel at the Office of Professional Responsibility of the U.S. Department of Justice, where he investigated claims of prosecutorial misconduct and other allegations made against Department of Justice attorneys.  Mr. Talbert also served as a law clerk to the Honorable David R. Thompson (deceased), Circuit Judge, United States Court of Appeals for the Ninth Circuit.

REPORT FRAUD FROM THE CALIFORNIA FIRES

Afraid your child is being bullied or is bullying others?
Find helpful resources at: www.stopbullying.gov

Ensuring that victims of federal crimes are treated with compassion, fairness, and respect.

Find helpful resources to prevent and respond to elder abuse.