On July 17, 2019, Chief Federal District Court Judge Scott W. Skavdahl sentenced LISA MARIE BROWN, 50, of Rio Linda, California to seventy-eight months in federal prison for distribution of methamphetamine.  Brown pleaded guilty to one count of distribution of methamphetamine on May 8, 2019.  She had previously been convicted of felony unlawful manufacture and possession with intent to deliver controlled substances under State law and was on probation at the time she was arrested on federal charges.

“Methamphetamine continues to be a significant problem in our communities across Wyoming,” said United States Attorney Mark A. Klaassen, “we understand the addiction that drives this problem, but as law enforcement our role is to continue to target those who add fuel to the fire by engaging in distribution of these dangerously addictive and destructive substances.”  “I appreciate the joint effort of DEA and the Cheyenne Police Department as they work together to improve investigations and enforcement in this vital area.”

Brown will serve thirty-six months of supervised release after her prison term concludes and was ordered to pay $200.00 in community restitution and a $100.00 special assessment.

This case results from an ongoing Organized Crime Drug Enforcement Task Forces (OCDETF) joint investigation conducted by the Cheyenne Police Department, U.S. Drug Enforcement Administration and FBI.  The principal mission of the OCDETF program is to identify, disrupt and dismantle the most serious drug trafficking, weapons trafficking and money laundering organizations, and those primarily responsible for the nation’s illegal drug supply. 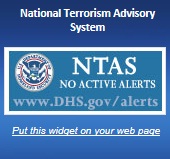