Office of the Solicitor General 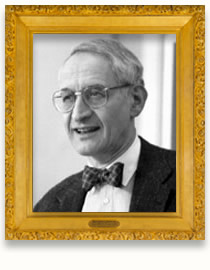 Born in Prague, Czechoslovakia in 1935, Mr. Fried became a United States citizen in 1948. After receiving the Bachelor of Arts degree from Princeton in 1956, he attended Oxford University, where he earned a Bachelor's and a Master's degree in Law in 1958 and 1960, respectively, and was awarded the Ordronnaux Prize in Law (1958). In 1960, Mr. Fried received the juris doctor degree from Columbia University School of Law, where he was a Stone Scholar. Subsequently he served as law clerk to Associate Justice John Marshall Harlan.

Mr. Fried is admitted to the bars of the United States Supreme Court, United States Court of Appeals for the Federal Circuit, the District of Columbia, the Commonwealth of Massachusetts, and the 1st, 2nd, 3rd, 4th, 5th, 6th, and 9th Circuits. He has served as counsel to a number of major law firms and clients, and in that capacity argued several major cases--the most important being Daubert v. Merrell Dow Pharmaceutical Co. , both in the Supreme Court and in the Ninth Circuit on remand.

Mr. Fried's government service includes a year as Special Assistant to the Attorney General of the United States (1984-85) and a consulting relationship to that office (1983), as well as advisory roles with the Department of Transportation (1981-83) and the Executive Office of the President (1982).

From September, 1995 until June, 1999 Charles Fried was an Associate Justice of the Supreme Judicial Court of Massachusetts, while teaching constitutional law at Harvard Law School as a Distinguished Lecturer. On July 1, 1999 he returned to Harvard Law School as a full time member of the faculty and Beneficial Professor of Law.

Mr. Fried has published extensively. He is the author of seven books, over thirty journal articles, and his work has appeared in over a dozen collections. Mr. Fried has been Orgain Lecturer at the University of Texas (1982), Tanner Lecturer on Human Values at Stanford (1981), and Harris Lecturer on Medical Ethics at the Harvard Medical School (1974-75). He was awarded a Guggenheim Fellowship in 1971-72. Fried is a member of the National Academy of Sciences' Institute of Medicine, the American Academy of Arts and Sciences, and the American Law Institute.