According to separate indictments returned by a federal grand jury today, each defendant obtained, solicited, and patronized two minor victims after having had a reasonable opportunity to observe them and knowing and in reckless disregard of the fact that each minor would be caused to engage in a commercial sex act.  The indictment against Rolando Cifuentes-Lopez states he engaged in this conduct from November 2016 to January 18, 2019.  The indictment against Eri Cifuentes-Lopez states he engaged in this conduct from January 2018 to January 18, 2019.  Eri Cifuentes-Lopez is also charged with illegally re-entering the United States; he was removed from the country on November 2, 2005, and was found in the United States on November 20, 2019, without the consent of the Attorney General or the Secretary of Homeland Security.

According to court documents, FBI and Oklahoma City Police Department investigators determined that Rolando Cifuentes-Lopez owned the trailer where the two minor victims lived and threatened to evict their family if they did not comply with requests for sex.  He allegedly had sex on multiple occasions with each of the minors, who were as young as 14, in exchange for cash or reduced rent.  Eri Cifuentes-Lopez also allegedly had sex with each of the minors for cash.

Both men were arrested by Homeland Security Investigations after traffic stops on November 20, 2019.  They have been in federal custody since that time.

If found guilty of child sex trafficking, each defendant faces a mandatory punishment of at least ten years and up to life in prison.  If sentenced to less than life, they would be required to comply with terms of supervised release for at least five years and up to life and be required to register as sex offenders.  Eri Cifuentes-Lopez also faces up to twenty years in prison for re-entering the United States illegally.  Each defendant could also be fined up to $250,000 on each count and be ordered to pay restitution to trafficking victims.

Two other defendants in this investigation have entered guilty pleas to child sex trafficking.  On August 28, 2019, Wilson Leonel Gramajo-Maldonado, 29, of Oklahoma City, pleaded guilty to a superseding information that charged him with obtaining the two minor victims for commercial sex acts between June 2018 and January 18, 2019.  On September 5, 2019, Natalie Dawn Halbert pleaded guilty to two counts of child sex trafficking, one for each of the minors.  She admitted before U.S. District Judge Charles Goodwin that she maintained the minors between November 2018 and January 18, 2019; provided them with condoms; and caused them to engage in commercial sex acts.  Both of these other defendants face a mandatory punishment of at least ten years and up to life in prison.  Both are in the custody of the U.S. Marshals Service.

These charges are the result of an investigation by the Federal Bureau of Investigation—Oklahoma City Field Office, the Oklahoma City Police Department, and U.S. Homeland Security Investigations.  Assistant U.S. Attorneys K. McKenzie Anderson and Mary E. Walters are prosecuting the case.

The public is reminded that the charges against Rolando Cifuentes-Lopez and Eri Cifuentes-Lopez are merely allegations and that they are presumed innocent unless and until proven guilty beyond a reasonable doubt.  Reference is made to public filings for more information. 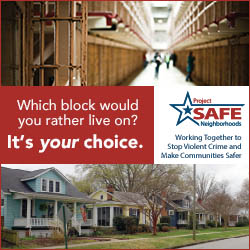