St. Louis, MO – Jalon Moore, 22, of Saint Louis, Larry Rhines, 22, of Collinsville, Illinois, and Garry Johnson, 21, of Saint Louis, were charged last Thursday for their respective roles in a string of armed robberies.  The indictment was unsealed this morning.  In it, the three men are charged with robbery and firearms conspiracies, as well as the robberies themselves and the use of firearms to commit each of those robberies.

According to the indictment, Moore, Rhines, and/or Johnson were responsible for robbing the following businesses on the following dates:

Charges set forth in the indictment are merely accusations and do not constitute proof of guilt.  Every defendant is presumed to be innocent unless and until proven guilty.

Following the unsealing of today’s indictment, United States Attorney Jeff Jensen stated, “I am pleased that, through the hard work of the investigative team, this crew’s armed crime spree is over.  We now focus on the equally important task of holding each of them accountable for the actions charged in the indictment.”

"Even when criminals cover their faces with masks, they cannot hide from the long arm of the law and a vigilant public," said Special Agent in Charge Richard Quinn of the FBI St. Louis Division. "Tips from everyday good citizens played a significant role in ending this violent armed robbery spree."

Both carjackings occurred in the summer of 2022. 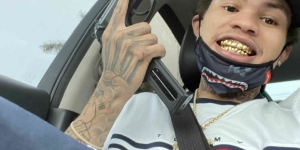