The Federal Bureau of Investigation (FBI) and the Olathe Police Department are investigating the case.

A complaint or indictment is merely an allegation, and all defendants are presumed innocent until proven guilty beyond a reasonable doubt in a court of law. 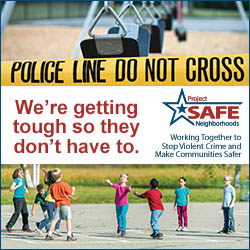