Pharmacist Sentenced to Three Years in Prison for Conspiring to Steal More than $4.5 Million in Prescription Reimbursements and for Unlawful Opioid Distribution and Agrees to Pay $300,000 to Settle False Claims Act Litigation

PHILADELPHIA – U.S. Attorney William M. McSwain announced that Charles F. Kohlerman, IV, 50, of Media, PA, was sentenced to three years’ imprisonment and two years of supervised release by United States District Court Judge R. Barclay Surrick for one count of conspiracy to commit wire fraud and 14 counts of distributing and dispensing oxycodone outside the course of professional practice and not for a legitimate medical purpose. The Court further ordered the defendant to pay a special assessment of $1,500 and a forfeiture of $1.7 million. Kohlerman pleaded guilty to these criminal charges in September 2019.

The charges stem from Kohlerman’s role as a licensed pharmacist and the owner of Kohlerman Pharmacy. Kohlerman’s patients sought to fill prescriptions of brand-name Lipitor® and its generic equivalent, atorvastatin calcium. Regardless of their need, and often without their knowledge, Kohlerman enrolled the vast majority of these patients in Manufacturer One’s Lipitor Savings Card coupon program (the “Program”). Under the Program, Kohlerman billed a patient’s private insurance and then submitted a secondary claim to Manufacturer One for payment to his pharmacy in a scheme to defraud the Program.

In addition to the wire fraud scheme, Kohlerman also ignored suspicious activity on 14 separate occasions and, in each instance, distributed or caused to be distributed 120 oxycodone 30 mg tablets to a purported pharmacy customer. The customer, however, was not the individual for whom the oxycodone was prescribed. Additional warning signs that Kohlerman ignored included: (1) the quantity of narcotics exceeded Center for Disease Control recommendations for standard medical usage; (2) both the customer and the purported patient lived over 45 minutes away from the pharmacy; (3) the purported patient’s prescribing physician practiced a similar distance away; (4) the purported patient never picked up his/her prescriptions in person and did not visit the pharmacy in person; and (5) the customer filled prescriptions on behalf of the purported patient before they were eligible for refills.

“Kohlerman put his own greed above his patients’ well-being,” said U.S. Attorney McSwain. “By changing patients’ legitimately prescribed medications, unbeknownst to them, Kohlerman pumped up the amount of money he could steal. By doing so, he ripped off the American taxpayer and private industry alike. Kohlerman’s self-interest is also reflected in his wanton distribution of illegal painkillers. This criminal sentence and civil resolution demonstrate the coordination between My Office’s Criminal and Civil Divisions and our Health Care Fraud Strike Force. We will use every weapon in our arsenal—criminal and civil—to prosecute medical professionals who put profits over the well-being of patients.”

Thomas W. South, Deputy Assistant Inspector General for Investigations, OPM OIG, said: “In addition to unethically changing patients’ prescriptions without their knowledge or consent, Mr. Kohlerman’s greed also endangered patients’ health through the careless prescription of opioids. The opioid crisis is fueled by corrupt providers that dispense and distribute narcotics outside the course of professional practice and for no legitimate medical purpose. OPM OIG will not tolerate those who put profits above the well-being of patients.”

“As a pharmacist, Kohlerman has a corresponding responsibility, similar to that of a doctor, to insure that prescriptions for controlled substances are filled for a legitimate medical purpose and within the course of professional practice,” said Jonathan A. Wilson, Special Agent in Charge of the Drug Enforcement Administration’s Philadelphia Field Division. “Kohlerman repeatedly ignored that responsibility by dispensing multiple prescriptions for powerful prescription painkillers such as oxycodone to people other than the patient named on the prescription, dispensed before they were eligible for refills, and for patients that lived over 45 minutes away from his pharmacy—all of which are indicative of illegal diversion activity.”

“Chuck Kohlerman used pharmacy patrons as pawns in his money-making scheme, soon adding phony prescriptions into the mix,” said Tara A. McMahon, Acting Special Agent in Charge of the FBI’s Philadelphia Division. “All told, his litany of fraudulent claims netted nearly $2 million to which he wasn’t entitled. Add to that his reckless dispensing of addictive opioids, and it’s clear that the guiding principle here was greed. One of these days, medical professionals will get the message that health care fraud is a high priority for the FBI and we’re working every day to hold perpetrators accountable.”

“Kohlerman chose himself over his patients,” said Special Agent in Charge Maureen R. Dixon, Office of the Inspector General for the Department of Health and Human Services (HHS-OIG). “HHS-OIG and our law enforcement partners will continue to investigate and prosecute individuals who chose to enrich themselves at the expense of patients.”

The case was investigated by the Office of Personnel Management, Drug Enforcement Administration, Federal Bureau of Investigation, Health and Human Services Office of Inspector General, and the U.S. Marshals, and is being prosecuted by Assistant United States Attorney Paul J. Koob and Trial Attorney Adam G. Yoffie. Deputy Chief for Affirmative Litigation Charlene Keller Fullmer of the Eastern District of Pennsylvania is handling the parallel civil case. 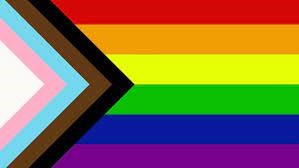