PENSACOLA, FLORIDA – Eugene Huelsman, 59, of Thousand Oaks, California, pled guilty today to one count of transmission of a threat in interstate commerce. The plea was announced by Jason R. Coody, United States Attorney for the Northern District of Florida.

The United States Capitol Police were contacted when the threat was made, which triggered security protocols related to the victim. The investigation revealed this was not the first time Huelsman made threats involving political figures. Huelsman had previously been investigated for threatening a member of a former President’s family via social media.

Sentencing is currently set for June 30, 2022, at 1:00 p.m., at the United States Courthouse in Pensacola before the Honorable United States District Judge T.K. Wetherell, II. Huelsman faces up to five years’ imprisonment and a $250,000 fine.

The case was investigated by the United States Capitol Police and the Federal Bureau of Investigation. The case is being prosecuted by Assistant United States Attorneys David L. Goldberg and Lazaro P. Fields. 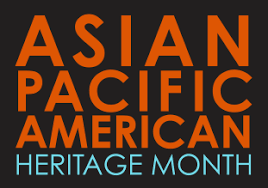