PENSACOLA, FLORIDA – John E. Acker, 53, formerly of Santa Rosa Beach, was sentenced to 135 months in federal prison after pleading guilty to 37 counts of wire fraud and 7 counts of money laundering. The sentence was announced today by Jason R. Coody, United States Attorney for the Northern District of Florida.

“This sentence should serve as a significant deterrent to those who would defraud our citizens of their hard-earned savings to unlawfully enrich themselves,” said U.S. Attorney Coody. “Our local and federal law enforcement partners are to be commended for their teamwork and dedication during the course of this investigation and prosecution. Through their collective efforts, the culprit has been held accountable and justice has been obtained for his victims.”

Between 2013 and 2020, Acker induced numerous individuals and corporations to invest over $4 million with him by making various fraudulent misrepresentations, including that the investment was for a real estate or other business-related “deal” with high guaranteed returns. He told would-be investors the “deal” was for a purchase and sale, or “flip,” of a property or business. However, Acker instead used funds meant for investments to pay for his personal expenses or pay back prior investors whose funds he had previously misused. Acker made other false statements to gain investors’ trust and influence them to invest, such as mischaracterizing or falsifying his relationship with attorneys, business owners, or other prominent members of the community and claiming he had independent wealth from a trust fund. He used multiple shell corporations to commit the fraud, including Miracle Strip Holdings X LLC, Miracle Strip Holdings XV LLC, Fujimo Development LLC, and Shipwreck Road LLC. Acker further laundered the ill-gotten proceeds of his investment fraud scheme by making large payments and monetary transfers in excess of $10,000.

“John Acker repeatedly defrauded people who trusted him over a period of many years,” said Okaloosa County Sheriff Eric Aden. “I want to applaud the combined tireless, methodical investigative efforts of the FBI and our OCSO Investigator Michael Kruger, along with the dedication of the U.S. Attorney’s Office. Their painstaking work to unravel and expose a very complicated Ponzi scheme has now helped achieve some justice for the victims who lost their lifesavings.”

"John Acker took advantage of investors by knowingly and wittingly creating a deceptive investment scheme for his own personal gain," said Sherri E. Onks, Special Agent in Charge of the FBI Jacksonville Division.  "The FBI is committed to aggressively pursuing scam artists like him, who mislead and defraud innocent citizens, and will continue to work with our law enforcement partners to seek consequences that deter others from engaging in these types of schemes."

In addition to his prison sentence, Acker was ordered to pay approximately $3.2 million in restitution to the victims of his fraud scheme, many who are from the Okaloosa County area.

This case resulted from a joint investigation by the Federal Bureau of Investigation and the Okaloosa County Sheriff’s Office. Assistant U.S. Attorney Alicia Forbes prosecuted this case. 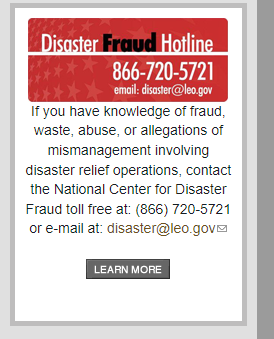