NEW ORLEANS - U.S. Attorney Peter G. Strasser announced that SUZANNE C. MAY, age 61, of Mandeville, pled guilty on December 3, 2019 to conspiracy to alter or falsify records in connection with a federal investigation, namely, a Medicare audit of a hospice facility located in New Orleans, identified in court documents as Company 1.

In August 2017, Medicare performed another audit of Company 1 and requested patient documentation for 99 beneficiaries for whom Company 1 submitted claims for purportedly providing hospice care services.  MAY was in charge of gathering the documents requested by the August 2017 audit.  After reviewing Company 1’s files for these beneficiaries, MAY understood that Company 1 did not have the required records to justify Company 1’s billings to Medicare for purported hospice care services for the claims under review.

MAY faces a possible maximum sentence of 5 years imprisonment, a $250,000 fine, and up to three years supervised release in addition to a $100 special assessment.

U.S. Attorney Strasser praised the work of the Federal Bureau of Investigation, the Department of Health and Human Services, and the Louisiana Attorney General’s Office’s Medicaid Fraud Control Unit for their work investigating the case.

The case is being prosecuted by Jared Hasten of the Criminal Division’s Fraud Section and Assistant United States Attorney Kathryn McHugh. 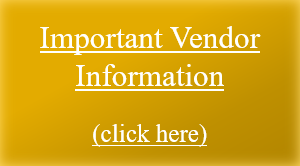