Project Safe Neighborhoods (PSN) is a nationwide commitment to reduce gun and gang crime in America by networking existing local programs that target gun and gun crime and providing these programs with additional tools necessary to be successful. Since its inception in 2001, approximately $2 billion has been committed to this initiative across the United States. This funding is being used to hire new federal and state prosecutors, support investigators, provide training, distribute gun lock safety kits, deter juvenile gun crime, and develop and promote community outreach efforts as well as to support other gun and gang violence reduction strategies in each of the 93 Federal Districts in the U.S. . By studying successful gun crime reduction efforts in the U.S., the Department of Justice determined that these initiatives had three common elements: they were comprehensive, coordinated and community-based. It is on these three fundamental principles that PSN is based.

Project Safe Neighborhoods (PSN) efforts in Nebraska follow the common elements mentioned above. PSN Nebraska is a comprehensive enforcement and prosecution effort using federal, state and local law enforcement in conjunction with Nebraska communities to rid our cities of violent gun crime offenders. The proactive program in Omaha is to address gun, gang and drug violence in an aggressive, multi-faceted approach. The community outreach element is important as citizens need to take an active role in addressing criminal activity with law enforcement. PSN in Nebraska has been operating successfully since 2001 to bring violent gun crime offenders to justice. 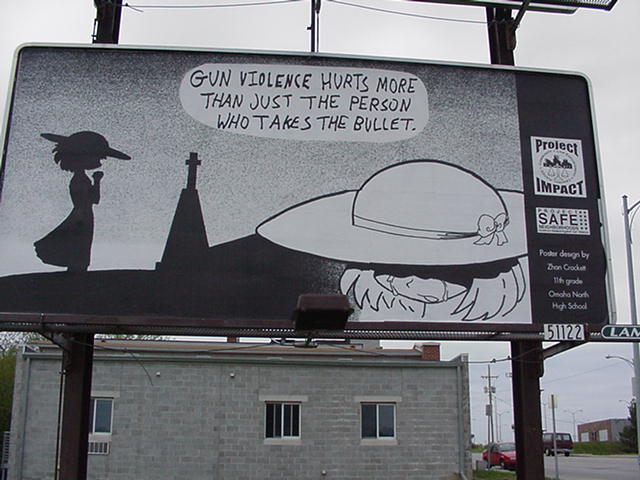