LOS ANGELES – A corrections officer with the Federal Bureau of Prisons (BOP) pleaded guilty today in federal court to one felony count of deprivation of rights under color of law for sexually assaulting a woman in custody in December 2020.

Viera was a BOP corrections officer assigned to work at Metropolitan Detention Center-Los Angeles (MDC-LA), a federal prison which holds male and female pre-trial detainees and persons serving custodial sentences. In his role as corrections officer, Viera was required to uphold the Constitution and ensure the safety and security of persons housed at MDC-LA. Viera was placed on administrative leave in March.

Viera admitted that in December 2020 he was assigned to supervise incarcerated women who were quarantined due to COVID-19 exposure and infection. During the morning of December 20, Viera entered the cell of the victim, who was in COVID-19 isolation, as he had done on previous occasions to bring her breakfast. Instead, Viera admitted that he laid down next to the victim in her bed, sandwiching her between his body and the wall. Then, he sexually assaulted the victim, causing her pain and putting her in fear of physical harm.

Viera committed this assault despite knowing that the victim did not consent and that his actions violated her constitutional rights.

When the FBI and the Department of Justice’s Office of the Inspector General (DOJ-OIG) conducted a voluntary interview of Viera about the sexual assault allegations, Viera lied to federal agents about his misconduct.

“Law enforcement officers have a duty to protect the civil rights of all Americans, and a failure to uphold this principal will be met with decisive action,” said United States Attorney Tracy L. Wilkison. “Mr. Viera has admitted sexually abusing a woman while acting under the color of his law enforcement authority. His conduct undermined the integrity of our justice system and had a detrimental effect on the high-quality work typically performed by his fellow correctional officers.”

“The defendant betrayed his oath to uphold the Constitution and targeted a vulnerable woman in custody,” said Assistant Attorney General Kristen Clarke for the Justice Department’s Civil Rights Division. “The Justice Department’s Civil Rights Division is committed to ensuring that those who work in federal prisons and abuse their positions of authority by sexually assaulting people in their care are held accountable. We will continue to take action against perpetrators of these sexual assaults while seeking justice for the survivors of these heinous crimes.”

“Mr. Viera used his position of authority to sexually assault a victim who was under his care and who should have felt secure in his presence,” said FBI Assistant Director in Charge Kristi K. Johnson. “Today’s guilty plea is welcome in that Mr. Viera has taken responsibility for his actions, a move that will serve as a deterrent for such behavior by anyone in a position of power within prison walls.”

“Instead of delivering food to an inmate in COVID-19 isolation, Viera abused his power and sexually assaulted the inmate in her cell,” said DOJ-OIG Special Agent in Charge Zachary Shroyer. “No inmate should experience abuse at the hands of correctional officers, and the Department of Justice Office of the Inspector General will continue to investigate and hold accountable those who engage in any form of abuse.”

Judge Wright scheduled a sentencing hearing for March 13, 2023, at which time Viera will face a statutory maximum penalty of 10 years in federal prison.

The case is being prosecuted by Assistant United States Attorney Thomas Rybarczyk of the Public Corruption and Civil Rights Section, and Special Litigation Counsel Fara Gold and Trial Attorney Nikhil Ramnaney of the Criminal Section of the Justice Department’s Civil Rights Division. 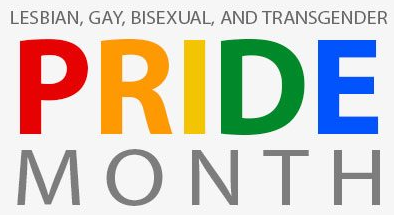