LOS ANGELES – A federal grand jury today returned an eight-count superseding indictment that charges a Lynwood man with being the organizer and leader of a crew that committed at least 15 armed robberies of independent and “mom-and-pop” pharmacies across Southern California. The robbers allegedly stole a variety of prescription medications – in particular, oxycodone – with the intent of selling the stolen drugs on the black market.

The suspected organizer and leader, Tyrome Lewis, 24, a.k.a. “Boobie,” was charged with one count of conspiracy to interfere with commerce by robbery, one count of conspiracy to distribute oxycodone, two counts of interference with commerce by robbery, two counts of possession with intent to distribute oxycodone, and two counts of knowingly using and brandishing a firearm during a crime of violence. Lewis, who was previously arrested and charged in a criminal complaint, is being held without bond. His arraignment is scheduled for August 22.

The superseding indictment filed today adds Lewis to a case in which another man – Darrell Mitchell, 29, of Long Beach – was previously charged. Darrell Mitchell, who is a fugitive, also faces conspiracy, narcotics and firearms offenses.

The initial indictment charged two additional co-conspirators, Terrell Mitchell, 31, (Darrell Mitchell’s brother) and Deandre Bonney, 29, both from Compton. Terrell Mitchell and Bonney have signed plea agreements in which they admitted their involvement in a December 2018 robbery of a Glendale pharmacy. Terrell Mitchel and Bonney are not named in the superseding indictment, and they are expected to enter guilty pleas in September.

Over an 18-month period that ended just a few weeks ago, Lewis allegedly led an armed crew that robbed pharmacies in Bellflower, Cerritos, South Los Angeles, Westminster, Pico Rivera, Fullerton, Hawthorne, Huntington Park, Anaheim, Glendale, Riverside, Paramount, and Claremont. Lewis allegedly picked out the robbery locations and provided details to the crew’s participants as to how the robberies should be conducted, including what medications to target. Lewis also traveled to the robbery locations in advance to scout the targeted stores and later oversaw the robberies as they were committed, the indictment alleges.

Each of the robberies shared a common modus operandi, including targeting smaller pharmacies, placing the stolen prescription drugs into the pharmacy’s trash bags or trash cans, using a black semi-automatic handgun to threaten and intimidate store employees, forcing employees to open the medication vault, and taking the store employees’ cell phones to prevent them from immediately calling police, according to court documents.

In addition to the Southern California robberies, the indictment alleges that Lewis was involved in a burglary of a Walgreens pharmacy in Anthony, Texas in January 2018.

If convicted of all charges, Lewis and Mitchell each would face a statutory maximum sentence of life in federal prison.

Three additional co-conspirators have been charged in a separate indictment. Aaron Ganner, 27, Karon Lofton, 28, and Devon Jackson, 30, all from Compton, were indicted for their role in a June 12 robbery of a pharmacy in Torrance. Ganner, Lofton and Jackson were arraigned Thursday in United States District Court, where they were ordered held without bond and a trial was scheduled for October 8.

This matter was investigated by the Federal Bureau of Investigation and the Los Angeles County Sheriff’s Department, with assistance from the Torrance Police Department.

This case is being prosecuted by Assistant United States Attorneys Jeffrey M. Chemerinsky and Joseph D. Axelrad of the Violent and Organized Crimes Section. 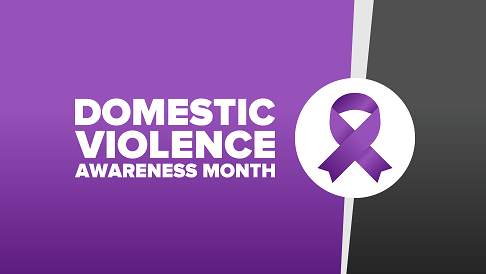