U.S. Attorney’s Office Based in Los Angeles Collects over $317 Million in Civil and Criminal Actions During Fiscal Year 2018

Included in the total amount of $317,453,521 collected during the fiscal year that ended on September 30, 2018 was more than $61.2 million of restitution and fines ordered in criminal cases. The majority of this money was owed to victims of federal crimes, and some of the money helps fund programs that support victim services. As part of its commitment to collecting restitution owed to victims, the United States Attorney’s Office has shown consistent annual increases in the amount of money collected in this area, and last year’s $61.2 million is more than double the amount recovered in fiscal year 2016.

Last year’s collections also include over $235 million worth of assets forfeited to the United States for crimes committed both here and abroad, including more than $100 million recovered as part of the ongoing 1MDB international kleptocracy investigation. Prosecutors in the Asset Forfeiture Section also collected millions of dollars – including cash, numerous high-end and collectible vehicles, and residential properties – from a parking lot operator who defrauded the Veterans Administration. Forfeited assets – money and the proceeds of property that will be sold – are deposited into the Department of Justice Asset Forfeiture Fund, and that money is used to compensate crime victims and fund a variety of law enforcement activities, including federal task forces and education initiatives.

The balance of the money collected during the preceding fiscal year – $21.2 million – was secured through civil enforcement matters in which prosecutors recovered federal funds lost primarily through fraud or other misconduct.

Additionally, the office’s Civil Division worked with other U.S. Attorney’s Offices and colleagues in Washington to collect an additional $162.2 million in civil cases that were pursued in conjunction with these other Justice Department components, a figure that includes a $65 million settlement with Prime Healthcare Services and its chief executive officer to resolve allegations of Medicare fraud.

“We are focused on securing restitution for crime victims, recovering taxpayer money obtained by fraud, and stripping criminals of their ill-gotten gains,” said United States Attorney Nick Hanna. “The hundreds of millions of dollars we recovered in 2018 stand as a tribute to the tenacity and hard work of our prosecutors and staff.”

The lawyers in the Financial Litigation Section in the Civil Division, headed by Assistant United States Attorney Indira Cameron-Banks, collect restitution, fines, civil settlements, penalties and defaulted federal loans owed to victims of federal crimes and to the United States. These efforts include locating and securing debtors’ assets through investigation, discovery and enforcement actions.

The prosecutors in the Criminal Division’s Asset Forfeiture Section, led by Assistant United States Attorney Steven R. Welk, are responsible for handling all criminal and civil forfeiture matters. These attorneys work closely with federal investigating agencies and task forces, in this district and elsewhere, to deprive criminals and their organizations of the proceeds generated by their illicit activities and the property used to facilitate those crimes. 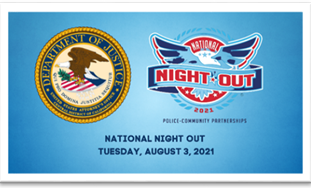