A Mansfield man will be spending time behind bars for criminal contempt, announced Acting U.S. Attorney for the Northern District of Texas Prerak Shah.

According to court documents, Mr. Reynolds, the former owner and general manager of Mansfield Boat and RV Storage, filed for Chapter 11 bankruptcy in December 2018.  The U.S. Bankruptcy Court limited Mr. Reynolds use of cash and collateral and prohibited his business from making payments or reimbursements to himself.

During the course of the bankruptcy proceedings, Mr. Reynolds was found in civil contempt seven times for failing the repay approximately $140,000 in funds that he misappropriated from his business’ bankruptcy estate without court authorization, failing to appear at a scheduled hearing, and failing to comply with accounting and information request by the Court.

In July 2020, the U.S. Bankruptcy Court for the Northern District of Texas referred the case to the United States Attorney’s Office for criminal contempt prosecution against Mr. Reynolds.

A Smithville man plead guilty Wednesday to flying a drone loaded with drugs and other contraband into prison.

Four defendants have been charged with systematically stealing fitness trackers from a warehouse in Corsicana, a scheme that allegedly netted them more than $425,000. 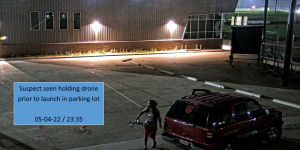 A Smithville man who allegedly flew a drone loaded with drugs and other contraband into prison has been federally charged.