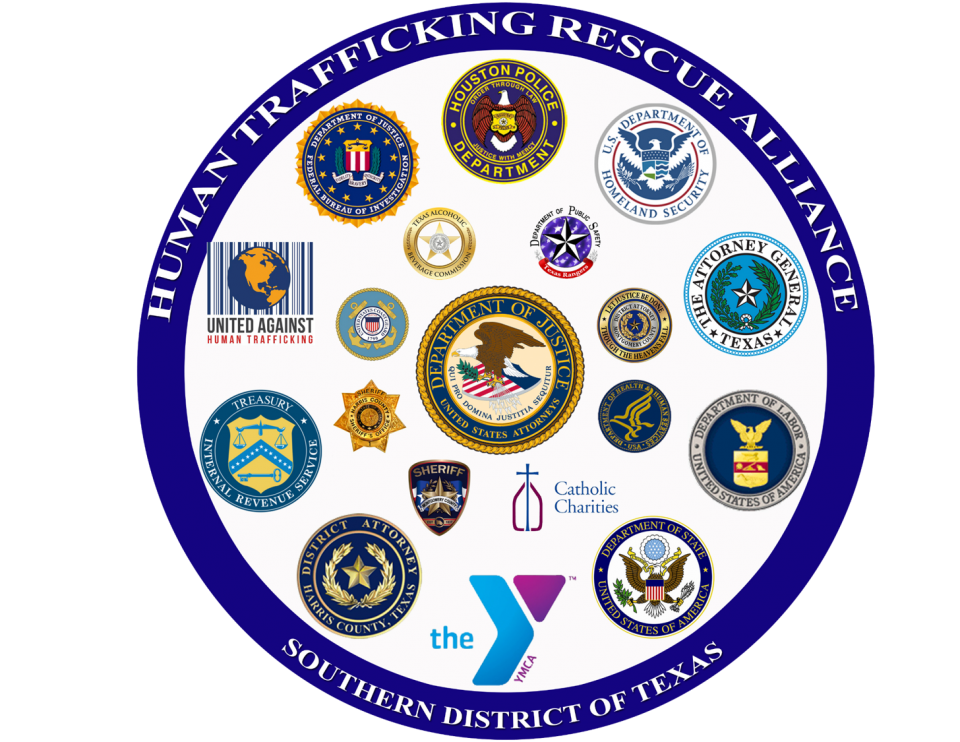 Trafficking in persons is a form of modern-day slavery and a particular problem in the SDTX with its many miles of border with Mexico. Traffickers often prey on the poor, frequently unemployed or underemployed and who may lack access to social safety nets. Victims are often lured with false promises of good jobs and better lives and then forced to work under brutal and inhumane conditions.

Established in 2004, HTRA is a collaboration of local, state and federal law enforcement agencies working together with area social service organizations. Since its inception, membership has grown, becoming recognized as a national model for its partnerships and effectiveness in identifying and assisting the victims of human trafficking and effectively identifying, apprehending and prosecuting those engaged in trafficking offenses. During this year, numerous complex multi-agency investigations were begun which involved both international and domestic trafficked victims. HTRA members have frequently been called upon to serve as presenters at national conferences and to provide technical assistance to other task forces and agencies involved in combating human trafficking. Since its inception, members have provided assistance to more than 650 victims and have trained nearly 5,500 federal, state and local law enforcement and other non-governmental organizations on trafficking issues.

We are currently accepting applications for Law Student Interns. Click for more info.