According to a documents before the Court, including a sentencing memo and an Information, beginning in May of 2015, and continuing to in or about December 2017, Thomas, while employed as a bookkeeper at Audiology and Hearing Center, Paducah, Kentucky, exceeded her authorized access by using company credit cards for personal transactions.

Thomas’ crime was recognized after her resignation, when an outside bookkeeper was hired to help with accounting and bill management. The new bookkeeper discovered Thomas had been stealing from the office, in what amounted to $125,570 over the course of her employment. Thomas charged, extravagantly, according to documents spending $5,000 on a condo in Panama City, Florida, and a trip to see the ball drop in New York, New York, among others.

This case was prosecuted by Assistant United States Attorney Madison Sewell, and was investigated by the Federal Bureau of Investigation (FBI).

The United States Attorney’s Office continues a pledge of support to federal, state, and local law enforcement partners in reducing criminal activity in all 53 counties of the Western District of Kentucky, to include the previously underserved Purchase and the Pennyrile Regions which continues to be served through the long term assignment of three Assistant United States Attorneys in Paducah, the most ever in the history of the office. 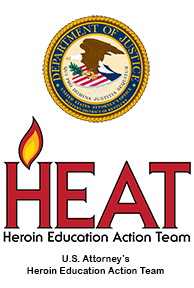 Our nationwide commitment to reducing gun crime in America