Roanoke, VIRGINIA – United States Attorney Thomas T. Cullen announced today that Assistant United States Attorney Matthew Miller will lead the efforts of his Office in connection with the Justice Department’s nationwide Election Day Program for the upcoming November 6, 2018 general election. AUSA Miller has been appointed to serve as the District Election Officer (DEO) for the Western District of Virginia, and in that capacity is responsible for overseeing the District’s handling of complaints of election fraud and voting rights abuses in consultation with Justice Department Headquarters in Washington.

“The right to vote in free and fair elections is the bedrock of our democratic system of government,” U.S. Attorney Cullen stated.  “The Department of Justice and this U.S. attorney’s office will not tolerate efforts, by any individuals or groups, to infringe on or interfere with this fundamental right through intimidation, voter-suppression tactics, or fraud.  Our District Election Officer and the FBI will be standing by in the coming days to respond to any credible complaints of unlawful activity.”

The Department of Justice has an important role in deterring election fraud and discrimination at the polls, and combating these violations whenever and wherever they occur. The Department’s long-standing Election Day Program furthers these goals, and seeks to ensure public confidence in the integrity of the election process by providing local points of contact within the Department for the public to report possible election fraud and voting rights violations while the polls are open on Election Day.

Federal law protects against such crimes as intimidating or bribing voters, buying and selling votes, impersonating voters, altering vote tallies, stuffing ballot boxes, marking ballots for voters against their wishes or without their input. It also contains special protections for the rights of voters, and provides that they can vote free from acts that intimidate or harass them. For example, actions of persons designed to interrupt or intimidate voters at polling places by questioning or challenging them, or by photographing or videotaping them, under the pretext that these are actions to uncover illegal voting, may violate federal voting rights law. Further, federal law protects the right of voters to mark their own ballot or to be assisted by a person of their choice (where voters need assistance because of disability or illiteracy).

Assistant United States Attorney Matthew Miller will be on duty in the Western District while the polls are open. He can be reached by the public at the following telephone number: 540-857-2914.

In addition, the FBI will have special agents available in each field office and resident agency throughout the country to receive allegations of election fraud and other abuses on Election Day. The local FBI field offices can be reached by the public at 540-344-3912.

Complaints about violations of federal voting rights can be made directly to the Civil Rights Division’s Voting Section in Washington, DC by phone at 1-800-253-3931 or 202-307-2767, by fax at 202-307-3961, by email at voting.section@usdoj.gov or by complaint form at http://www.justice.gov/crt/complaint/votintake/index.php. 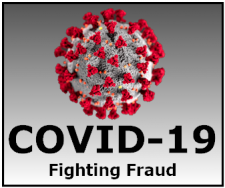 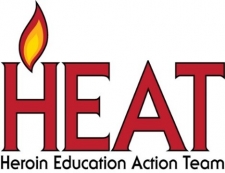