“The FBI and Upper Skagit Police Department worked closely and collaboratively on this case to remove a chronic source of heroin from the Upper Skagit community,” said U.S. Attorney Brian T. Moran.  “I am committed to working with our Tribal partners to combat the scourge of drug addiction in our communities.”

According to records filed in the case, FLETCHER was known to law enforcement in the Upper Skagit and had been ordered excluded from the reservation.  Nevertheless, he violated that exclusion order and with TORRES conspired to sell heroin in the community.  Last summer a person working with law enforcement purchased heroin from both FLETCHER and TORRES.  On August 21, 2019, law enforcement served a court-authorized search warrant on the couple’s home and on a storage unit they controlled.  In the home, they found heroin, a loaded Glock pistol, a rifle, and various types of ammunition.  In the storage unit, they found an AR-15 style firearm, another Glock, and a variety of pills, as well as other drug dealing paraphernalia.

The case was investigated by the FBI and the Upper Skagit Police Department.

The case is being prosecuted by Assistant United States Attorneys Chantelle Dial and J. Tate London.

Press contact for the U.S. Attorney’s Office is Communications Director Emily Langlie at (206) 553-4110 or Emily.Langlie@usdoj.gov. 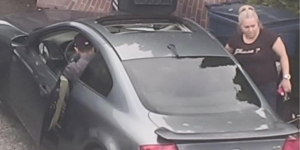 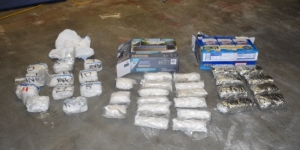 Seattle – The mid-level leader of a drug distribution cell that was one of the most violent seen in the Western District of Washington was sentenced today in U.S. District...